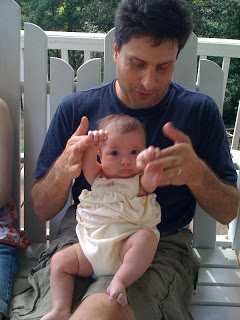 Yesterday, I finally surrendered and went to the doctor after being sick for 2 weeks.  It was a  fairly unremarkable visit  until I start filling out all of those monotonous forms.  You know the ones…you and I usually don’t have much to check personally until the family history page.

Let’s be honest, our family’s medical history is daunting by all accounts…let’s just say, we check a lot of boxes.   But, it’s our normal, right?  And, at least for me,  it does not even give me pause unless the doctor (as one not-so-gently put it) says things like, “Geez, your family history is so unusual it almost reinvents the wheel”.  Thanks Doc.

So, there it was…the box to check that gave me pause…

Actually, I am under exaggerating. This box literally pulled the breathe from my chest.  The box on the form looked so innocent, one dimensional and harmless, right?  Then why was my hand shaking?  Why did I feel like your kidney cancer deserved more than a mere mention on this form?  If I checked this box and revealed your “relationship” to me as my brother, will your cancer somehow gain more strength and meaning?

Once I filled out the form, I became very possessive of it and wanted to tell the receptionist about it’s significance.  I wanted to tell her that even though I had to check “that box”,  you are going to be fine.  You actually had your kidney and the cancer removed and that was all a blessing in disguise, right?  Your one kidney will be more efficient than two mediocre kidneys, so you are actually better off, right?

I then wanted to tell her that this cancer thing does not make sense anyways.  The universe slipped…got it wrong this time!

My brother does not break.

That’s why he’s the Godfather to our children and the calm I can always depend on…yes, the universe has misspoken.  It will all be okay.

Besides having four happy children and an incredible wife by all standards,  Dan,  you reach far beyond your own into the community at large.  You can not do enough for others and in real ways…and not the superficial kind.

-Remember when we were kids and you won all that money playing BINGO on our family cruise and donated it to charity (after I begged off $5)?

-Remember when we were in high school and on Valentine’s Day you brought roses to the girls in school that you thought would be ignored and made them feel beautiful?

-Remember how you rallied with such force when your wife’s brother and father died in the same year?

– Remember when you were diagnosed with kidney cancer and all your thoughts and energy were laser focused on the implications involving your wife and children instead of yourself.

I write this letter in such a public manner because for whatever reason, it gives your cancer the respect it deserves.  For me, in a way, it gives the cancer an “omni” dimension versus the one dimension the “box to check”  on the form offers.  This letter is intended to lift the cancer off that piece of paper and honor you, my brother.

As your sister, we not only share DNA, but we share the same childhood story and without you, it would be half gone or left up to my fading memory…not good.

So, this year…the next two words take on a whole new “dimension”…

Forever your partner in crime and sister,