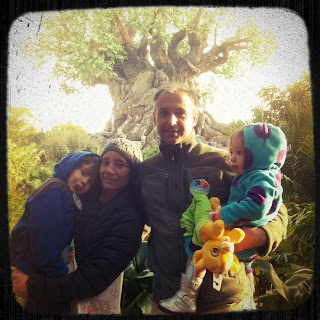 The older we get, the more applicable “time flies” is to our lives.

We started the year strong…personally and professionally.  Well, when you make bamboo fly rods for a living the lines are divinely blurred between all of your “selves” especially professional and personal.  Wait!  Do we have a professional self?  I digress…

So, as I mentioned, we started the year strong.  Bill was awarded  Garden and Gun Magazine’s Made in the South Award  for the sporting category.  It was beautiful.  Period. 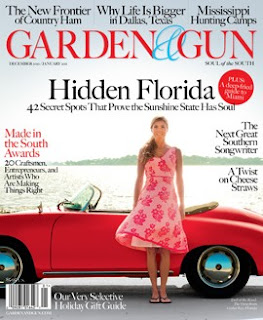 made in the south awards

On a more personal note…the beginning of 2011 also ushered in the realization that I have become my greatest fear.  Yes, you heard it…(after dying in a fiery plane crash, of course), my greatest fear is being a  Cliché.  I am now officially a card carrying member of the  Cliché club.  Here’s how this discovery flooded over me in one word…Disney.   Oh yeah, that’s right, I am a Mickey Mouse lovin’, Space Mountain riding, souvenir buying, Kodak moment taking…Disney freak!  Who knew? 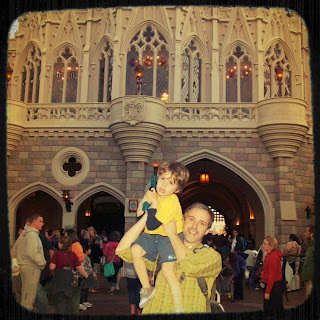 Here’s something funny…when making the reservations, I told Bill we should stay in the “Wild Kingdom Resort” at Disney.  He said, “We live in the Wild Kingdom…do they have a ‘Suburb Land’…you know, a resort that has a Starbucks and a Barnes and Noble in your suite?”

January and the beginning of February was a blur…literally.  All snow! 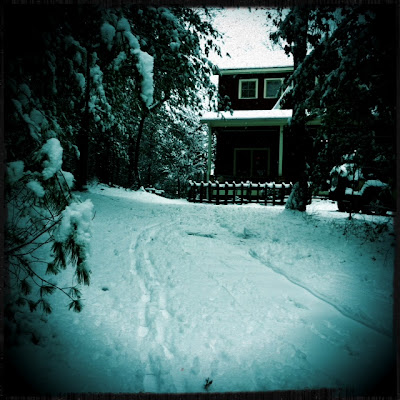 The snow broke long enough for our winter weekend class to start.

Believe it or not…the weather has been mild and beautiful ever since?  Coincidence?  Probably…but, I would much rather believe that the sun came out just for bamboo fly rod building. 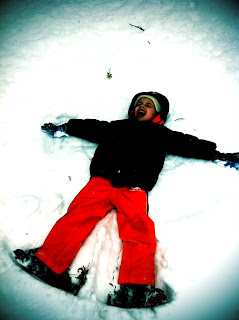 Oh, and there was the Atlanta Fly Fishing trade show that was scheduled after we filled up our winter weekend class.  Because the show conflicted with our class,  my father and I did this show without Bill (and Yogi) for the first time ever.  It was empowering strange.

Riley and I made a little video (well Riley made it while I stood over his shoulder and needled him) to introduce ourselves on a site that we joined called Taigan.  It’s cool…here it is…!  If you don’t have Quicktime, go to the You Tube link here.  I am proud of it for what we have to work with…it is 2010.  Check out Veronica in the engraving scene.

Just a few short days after the class and show, Bill left for Argentina for 12 days.  Again, Riley and I threatened to revolt and turn pots BUT Riley left us as well to fish on the South Holston!  No sweat.  We managed but it’s so nice to have Bill home again.

(see co-dependent portion of this blog) 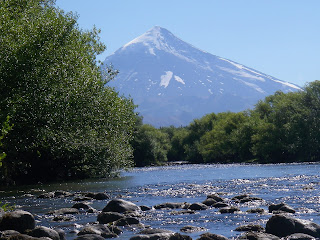 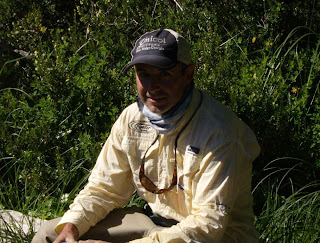 We have a week long bamboo fly rod making class in session as we speak and it’s non-business as usual. Our students are enthusiastic and diverse from all walks of life.  Of course, the “tie that binds” is some little voice inside of them that brought them to us.

Our little town of Blue Ridge is full of people strolling the streets and enjoying the gorgeous weather.  Cutter is selling his flies for $2 each but usually makes a bit more because he does not give change.

Now that Veronica is a proficient walker…she is officially a “townie”.  She stomps up and down Main Street stealing everyone’s hearts and hugging each dog that passes by.

So…I have to mention the painting that Cutter did for Youth Month here in Blue Ridge.  Above all else…I am one proud mother…it seems like yesterday this kid was learning to walk… 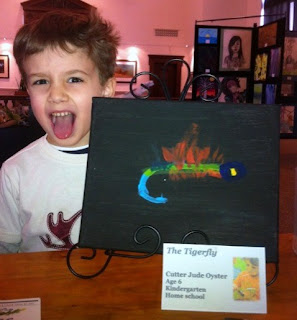